Honestly, I have no idea how to even start this blog!! There are no words to express just how amazing the past 48 hours have been!!

On Tuesday at 6:14pm,  Jay and I welcomed Parker and Hayes to our family!! They are so perfect and so tiny! They were born at 34 weeks and 6 days gestation. Right after delivery they were taking to "transition" (which is located in the NICU) for observation, with the goal of being able to go to the newborn nursery. However, since they are so little and almost 6 weeks early, they were going to need a little extra care and were moved to the NICU. Jay was able to go with them to transition after delivery and he was able to keep me posted on how they were doing, since I was only able to give them a quick kiss in the delivery room before they were taken to transition.
A little after midnight, I was able to be taken by stretcher to the NICU to see our little ones. It was a very quick trip and I was just allowed to "look". That night was really difficult. I tried to explain to Jay that I had such an "empty" feeling. I was so excited that they were here, but it didn't feel real. I had only seen them for less than 5 minutes each and it was so strange to look at a baby in the NICU and have a nurse tell you that's your baby, but you've never held them and the only contact we could have during our 5 minutes was a gentle touch on the bottom or head. It was a very strange and sad feeling.
On Wednesday morning, we were able to go to the NICU to see our babies. They were in an open warming crib and looked so tiny! Both babies had heart monitors, temperature probes, oxygen monitors and Parker had oxygen on; it was very scary to see them like this. I was able to sit next to their crib and I was able to touch them, as directed the night before, gentle pressure, but no light rubbing or stroking, because this would be too much stimulation for them. Their nurse came around the corner and saw me which my hand on Hayes and asked if I would like to hold him!! She was my angel!! It makes me cry writing this because those were the the best words in the world!! She took Hayes out of his little bed and I held one of my sweet babies for the first time! It was so overwhelming and tears streamed down my face!! There is nothing in the world like holding your baby for the first time, except, being able to hold his twin brother just moments after!! Yes, I told you our NICU nurse was an angel!! After a little Kangaroo time with Hayes, I was able to go over to Parker's bed and she let me hold him and feed him!! Parker and I weren't able to Kangaroo, because he wasn't ready for that, but holding him was as equally amazing and overwhelming as holding Hayes for the first time!!
Jay and I spent most of the day in the NICU watching over them and introducing our family and friends to them. They are so loved!!
They did wonderful overnight and today has been a day with lots of progress! Both Parker and Hayes moved to their "big boy bed" aka the isolette this morning. The doctor said that they were both doing very well today. Parker's goal is to be weaned from his oxygen, he is on less than yesterday, but still not ready to give it up quite yet.  Parker also was able take his bottle by mouth today and did very well with it!! Hayes' IV was turned off today and he is taking his bottle by mouth and doing pretty well. He is still trying to figure out to suck, swallow and breathe, which we are told is common for preemies. Hayes is able to come out of his isolette for feedings.  Parker stayed in for his last feeding, but he and I did get our Kangaroo time today...for almost an hour!! It was awesome!!
We are so blessed to have these little guys here and we are enjoying every second we get with them!! 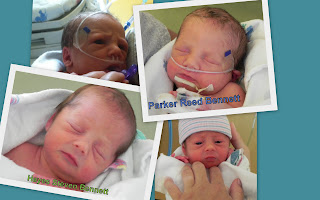 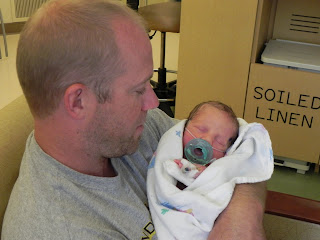 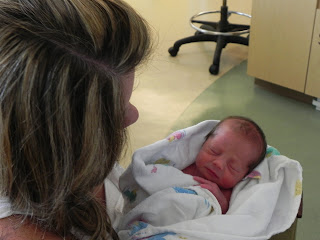 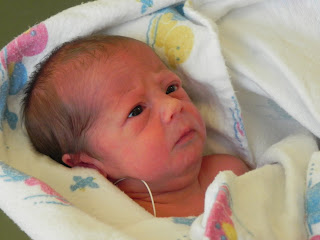