Our First Christmas as a Family of Four 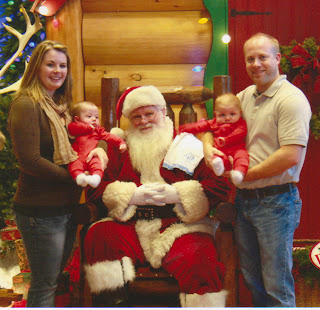 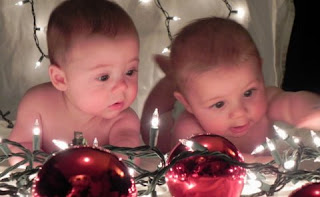 Jay's parents, MawMaw and PawPaw, came to town a couple of days before Christmas and stayed until Christmas Eve, to see the boys (and us). 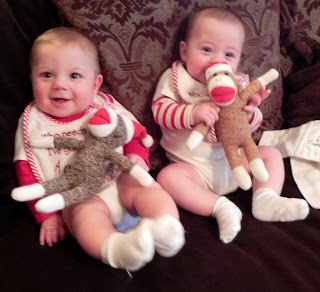 Opening presents from MawMaw and PawPaw 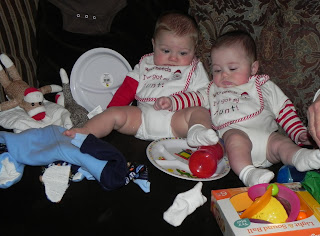 My parents and sisters came in town the week before Christmas and were here until after New Years. I think that we did something with family everyday! It's exhausting with two little ones, but well worth it!

On Christmas Eve morning, we go to my parents for the tradition of Pancake Breakfast. Then to church that night for Candle Light Service and to listen to Bop sing. On Christmas morning we open presents at my parents, eat breakfast and hang out and play with our "toys"... 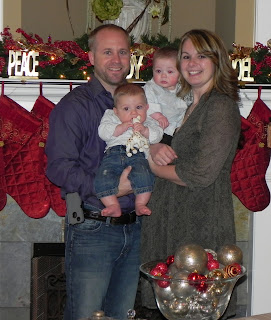 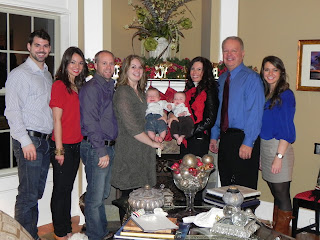 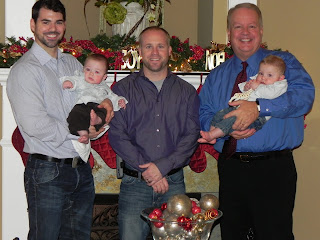 All the Handsome Guys 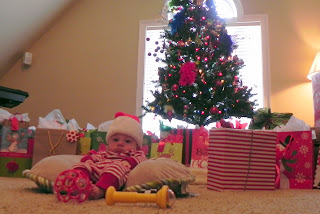 Parker in front of the tree at Beama and Papa's 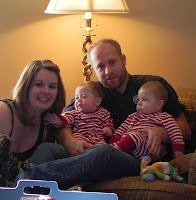 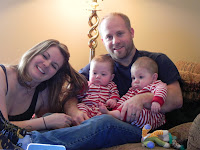 This is how most pictures turn out... One or both of the boys end up with a hand full of my hair! 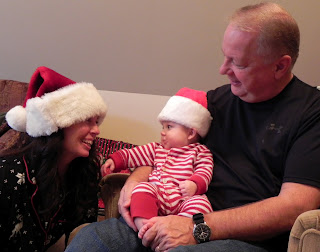 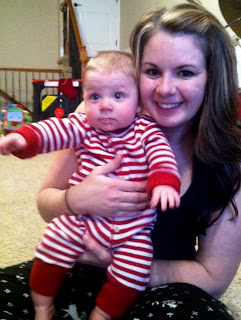 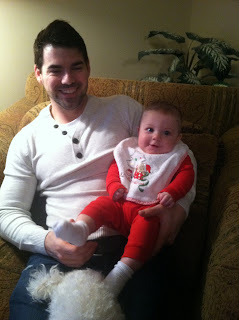 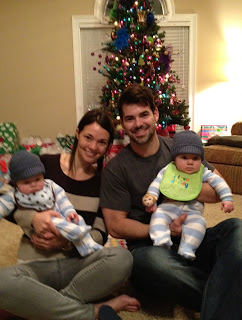 Aunt Ashley and Uncle Olly with P & H in the new hats from Olly's parents.
Thank you Lyn and Mike for the adorable hats all the way from England!! We LOVE them!! 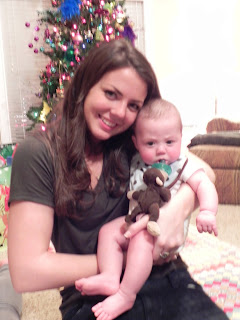 Aunt Allison with Hayes (and monkey) 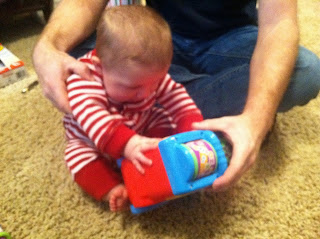 Parker and Daddy playing with a new toy from Santa 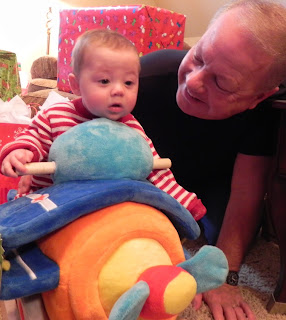 Papa and Hayes on his new plane that rocks and plays music!
Proud moment for his Papa the pilot! 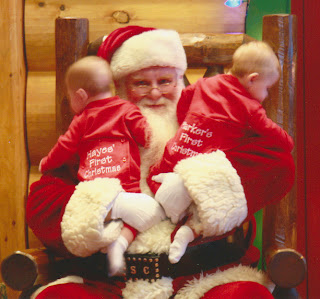 Merry Christmas from Hayes and Parker!!

1And it came to pass in those days, that there went out a decree from Caesar Augustus that all the world should be taxed.
2(And this taxing was first made when Cyrenius was governor of Syria.)
3And all went to be taxed, every one into his own city.
4And Joseph also went up from Galilee, out of the city of Nazareth, into Judaea, unto the city of David, which is called Bethlehem; (because he was of the house and lineage of David:)
5To be taxed with Mary his espoused wife, being great with child.
6And so it was, that, while they were there, the days were accomplished that she should be delivered.
7And she brought forth her firstborn son, and wrapped him in swaddling clothes, and laid him in a manger; because there was no room for them in the inn.
8And there were in the same country shepherds abiding in the field, keeping watch over their flock by night.
9And, lo, the angel of the Lord came upon them, and the glory of the Lord shone round about them: and they were sore afraid.
10And the angel said unto them, Fear not: for, behold, I bring you good tidings of great joy, which shall be to all people.
11For unto you is born this day in the city of David a Saviour, which is Christ the Lord.
Luke 2: 1-11