First Trip to the Dentist

Today we took the boys to their first dentist appointment. We were the first appointment of the day and the only ones there. I can usually take the boys to do most things by myself, but decided to enlist Beama for a little extra help. The office had super cool "under the sea" type murals on the walls that the boys loved. 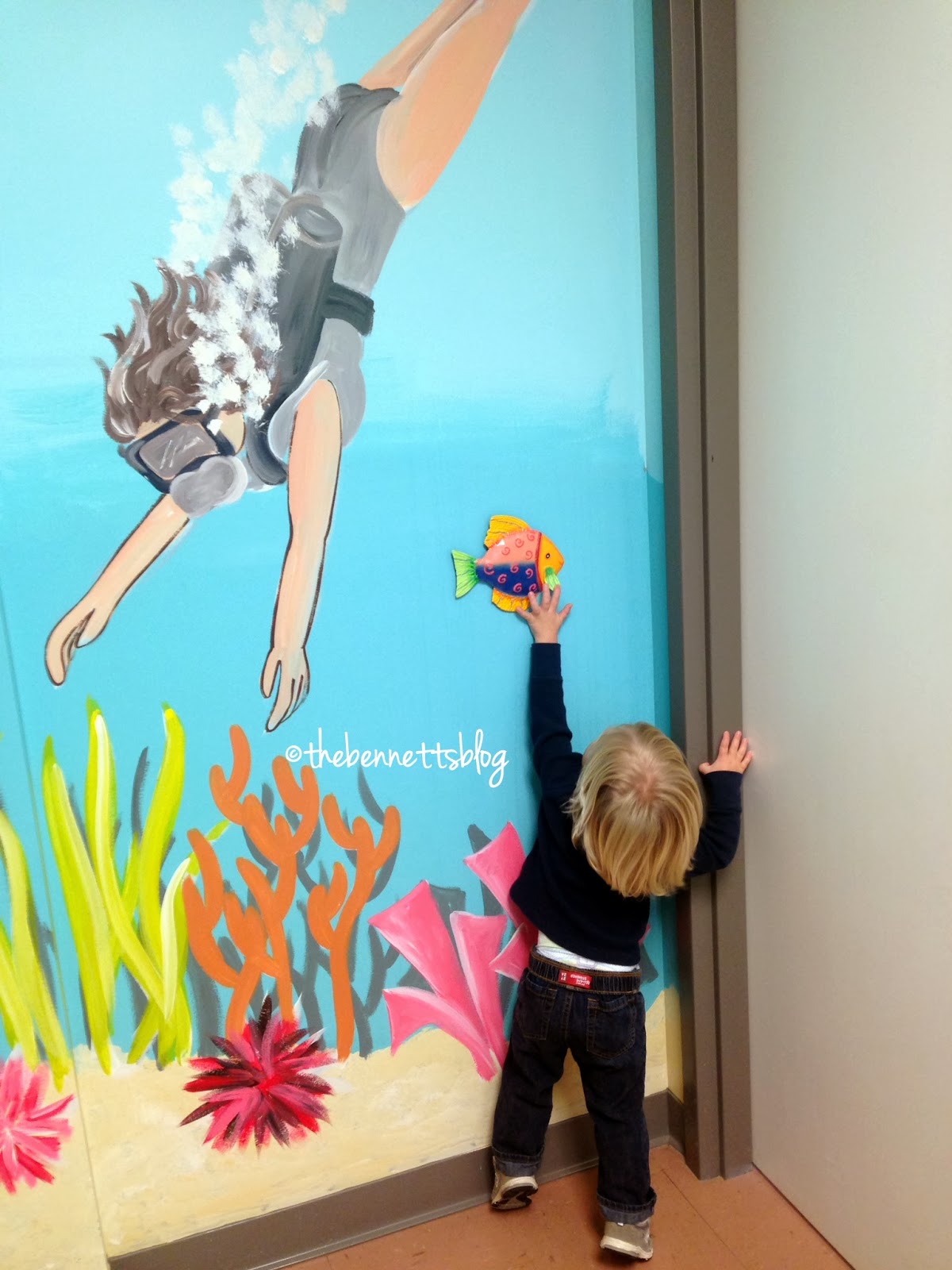 After filling out new patient paperwork for both boys, it was time to meet the dentist.
Hayes went first and he wasn't too sure about it. He sat in my lap and laid his head in the dentist's lap for his cleaning.
I guess after watching Hayes, Parker knew exactly what to expect and he climbed right up in the chair and put the sunglasses on! 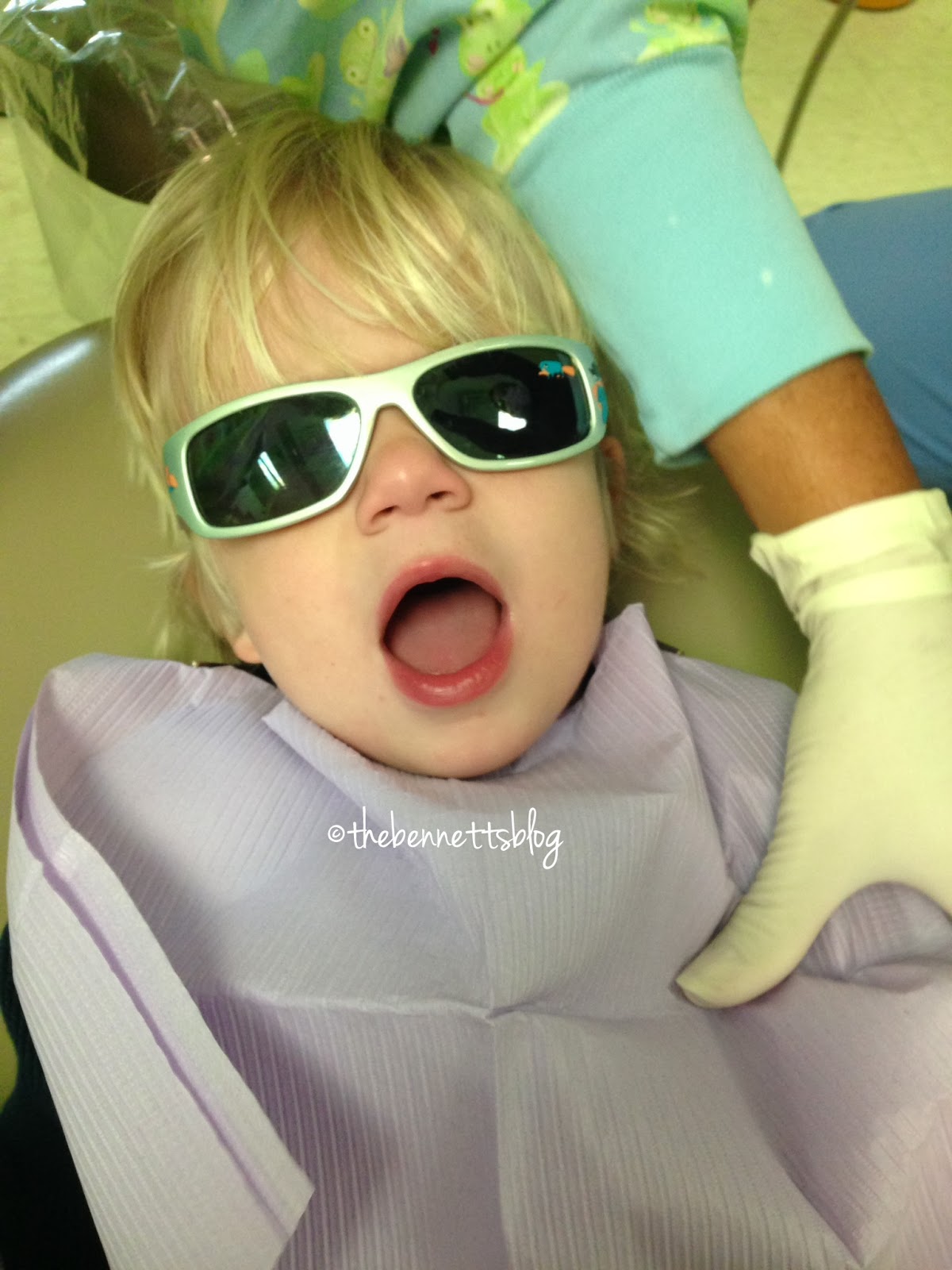 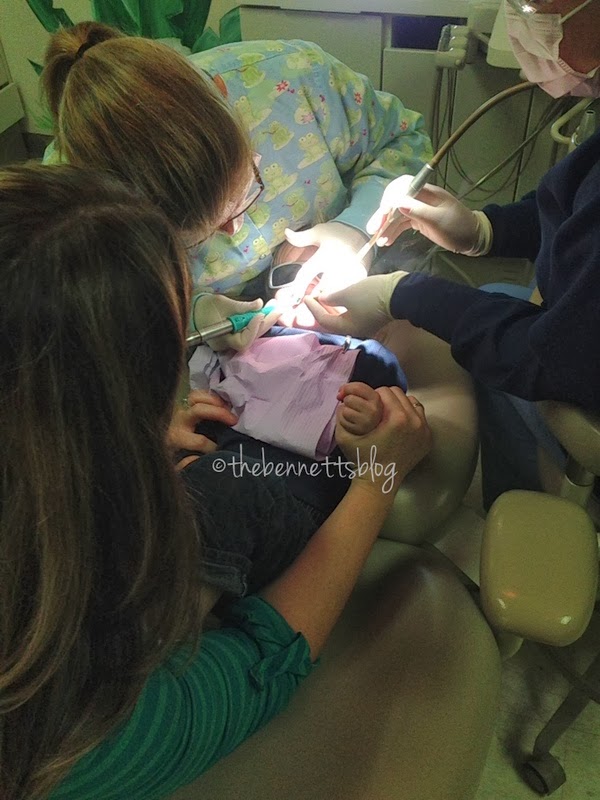 Parker during his cleaning. 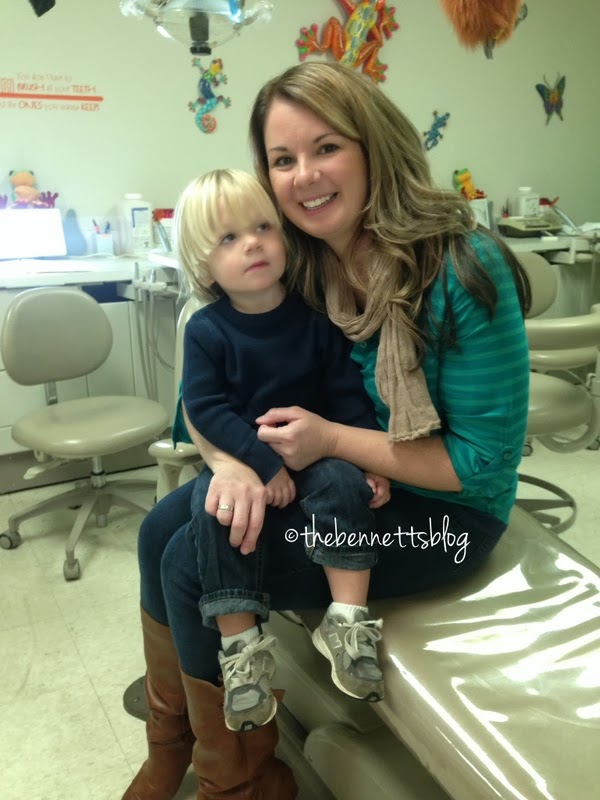 Parker after his cleaning. 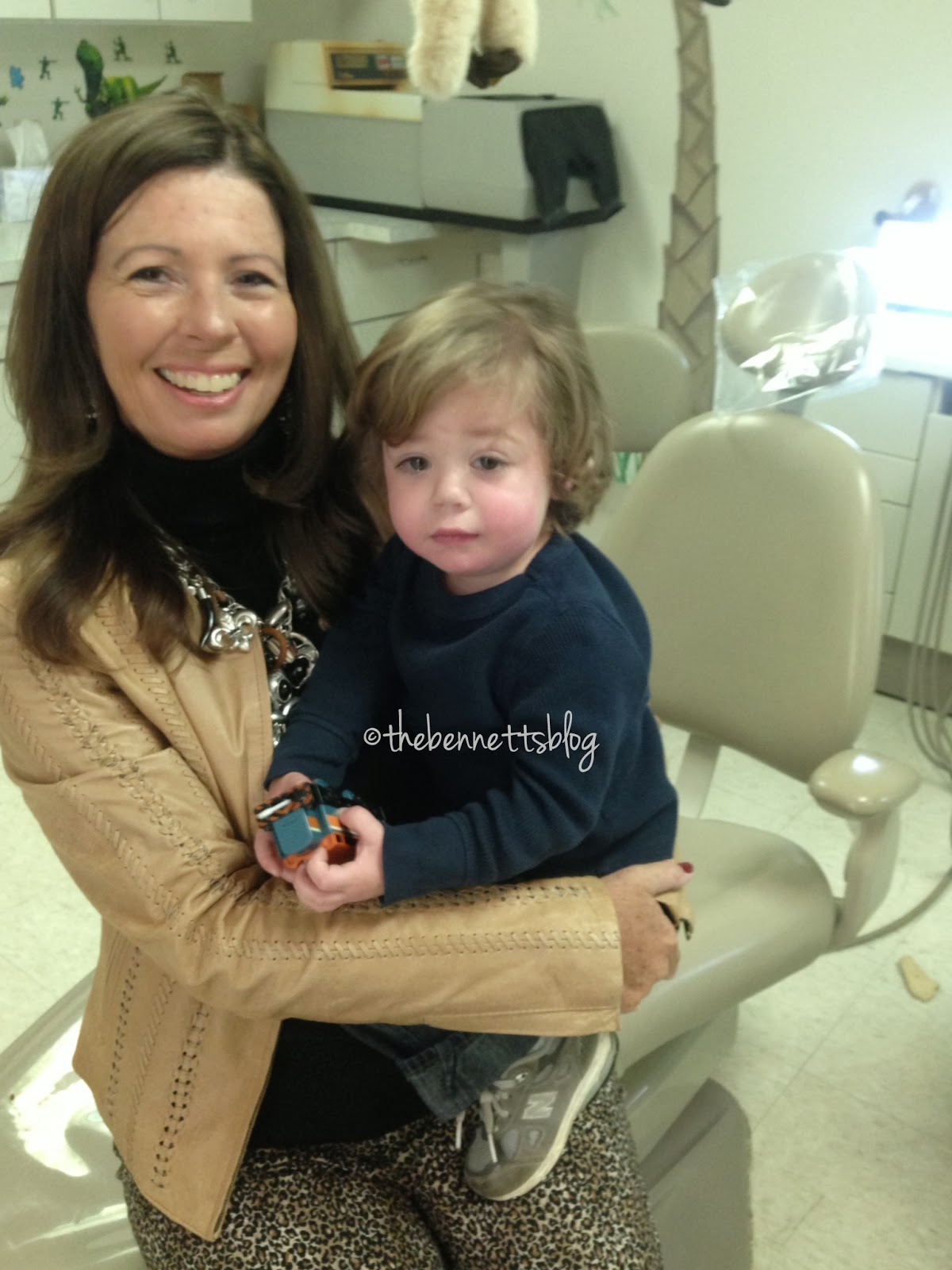 Hayes after his cleaning. Still a little unsure of what just happened.

I was so proud that they were so brave! They each got a bag full of goodies (new toothbrush/toothpaste) from the dentist.
After the dentist, I had to deliver a cake to VCH and when we pulled up in front of the hospital we found such a surprise. 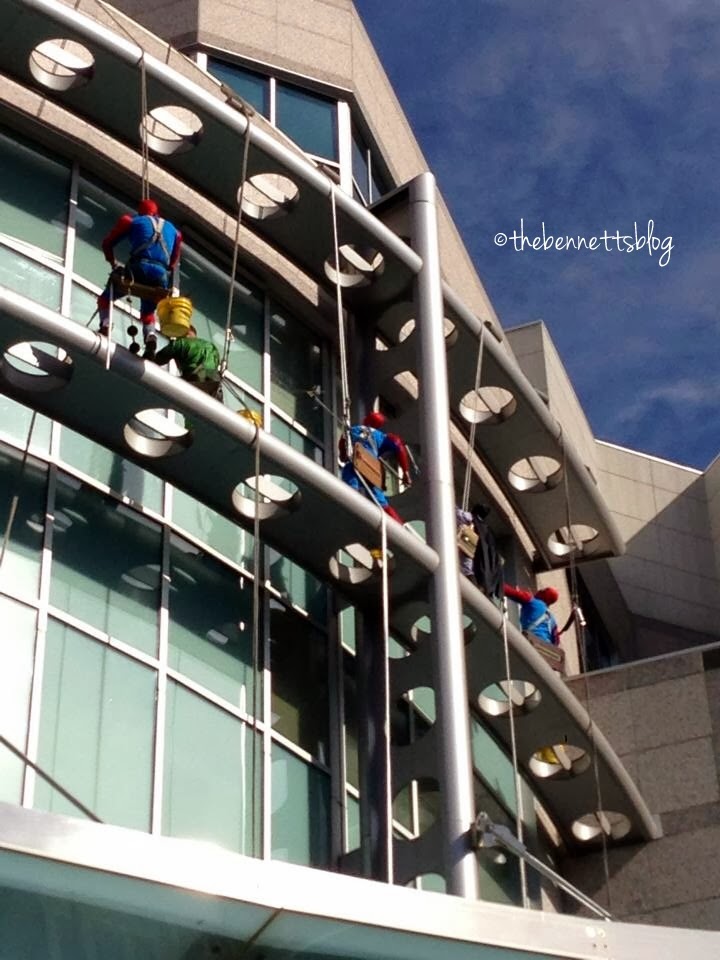 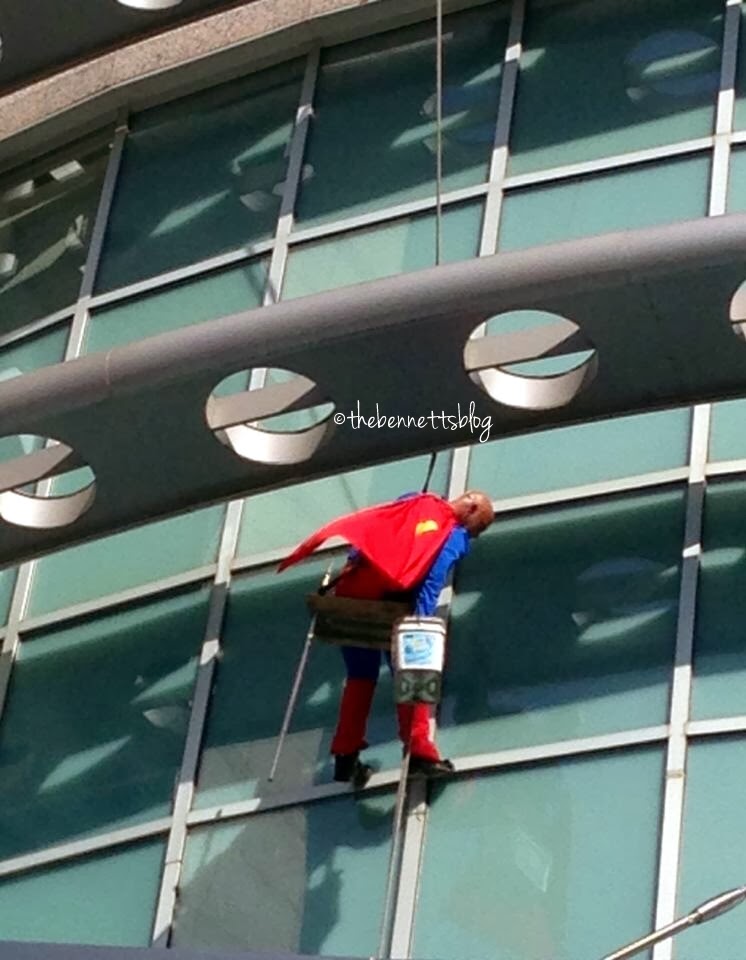 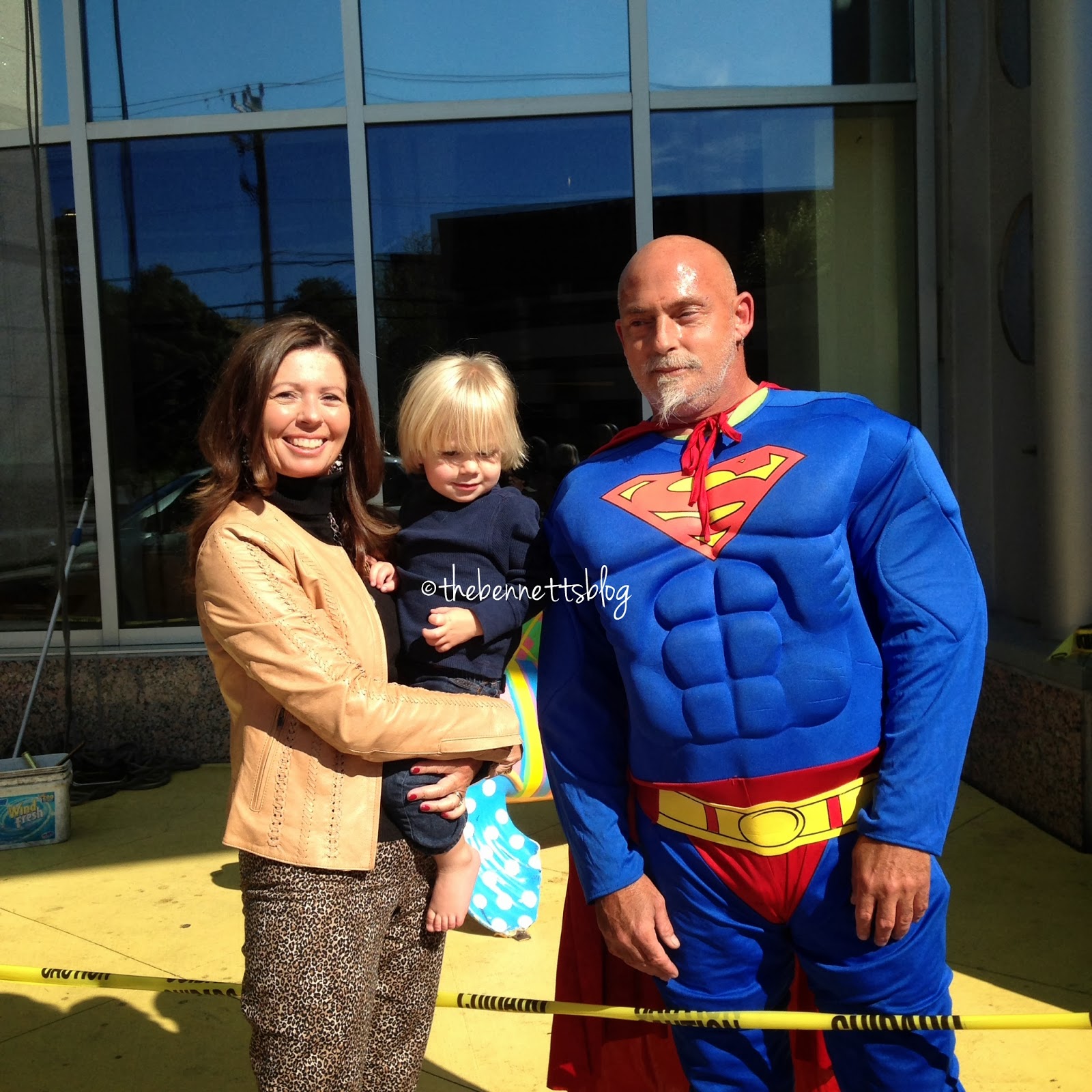 Parker got to meet Superman and have his picture taken. Hayes was asleep in the car. We did wake him up and get him out to see it for a second, but Superman was being interviewed by the news station by then.  It was really cool to see that these guys would dress up like superheroes to put a smile on the sick little ones' faces! I mean, can you imagine?? What if you were a sick kiddo and looked out your hospital window and saw this?? How excited would you be?!
"Superman" told us that they had no idea until that morning that they would be doing this. He said he had been washing windows for 20 years and had never done this before.  They showed up for work that morning and his boss gave them all costumes! How cool is that??
I know we enjoyed it and I'm pretty sure they made those little patients' day!