My sweet little bears turned two and I can't believe it! Where did the last two years go? I know I have said this before, but it seems like time just flies by. They are the most amazing little people. Ever. They are so much fun and so have such a sense of humor. They make me laugh everyday. They have the biggest personalities, are so sweet, and have hearts that are so full of love. I am so lucky to be their mom! They are pretty lucky little guys too, because they have so many people that love and care about them. We spent their birthday with family celebrating birthday pancakes, birthday presents, a quick trip to the pool to show off their swimming skills and, their favorite, spaghetti dinner. 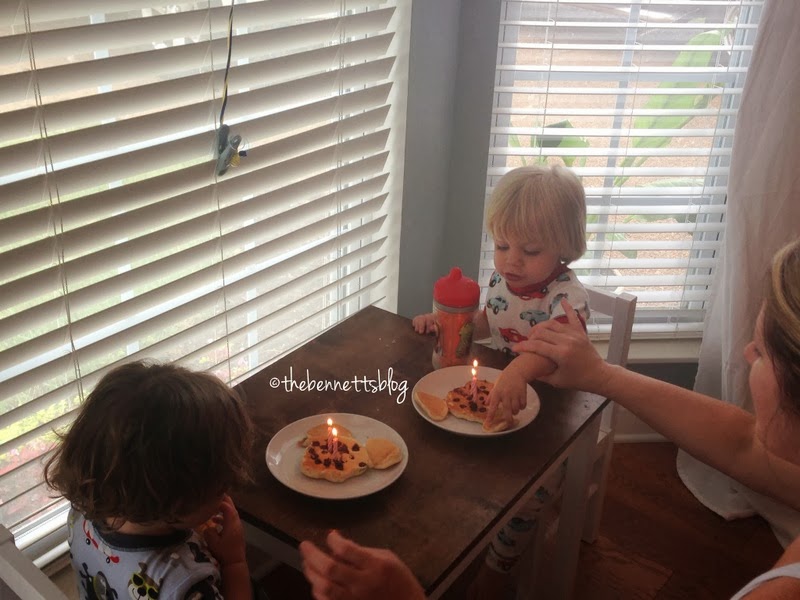 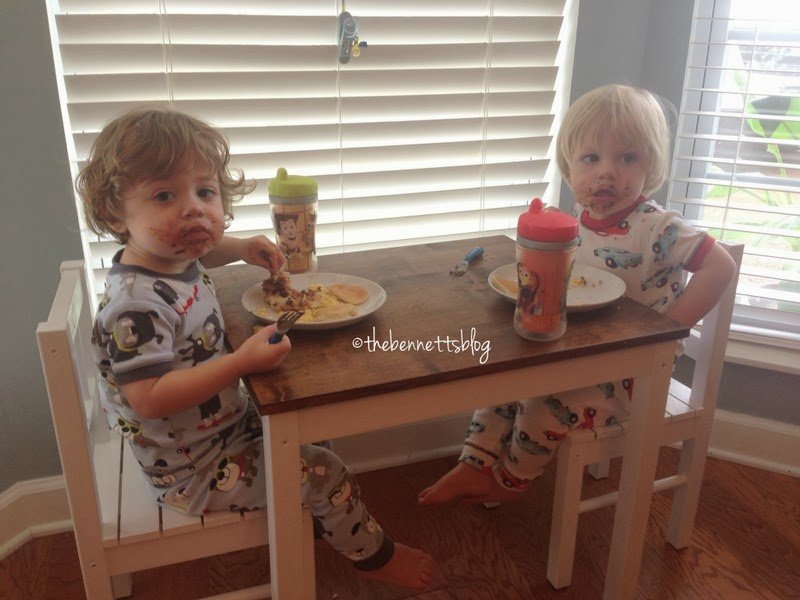 The following day was "party day".
Trying to plan a birthday party for two incredibly special, two year old boys is quite the undertaking but oh so much fun! What theme? What foods? What cake? What would they love? I understand that they will never remember their second birthday party and what the theme was, what food was served,  or what the cake looked and that is perfectly fine with me. One day they can look back at the blog and all the photos and see what we did. But that's one day. This day, the day of their birth two years later is a about them. It's about them having fun and spending time with their family and friends. It's the excitement on their face when they see the cake that their Momma, Daddy, aunts, uncles and Poppa helped to create. It's about them. It's about the blessings that they have been to our family. It's about the love that will surround them on their special day and all the days to come. That's why we celebrate. We celebrate them.

When trying to decide on what "theme" for the boys' second birthday, I wanted to pick something that they would recognize and be excited over. They really love Madagascar movies and it was also the first movie they really ever watched...so Madagascar theme it was! I looked all over for invites and none would fit the bill, until I found Jen over at Swatches 'n' Hues. Her invitations are like no other. She is absolutely fabulous to work with and so stinkin' creative. She had made a Madagascar invitation previously that I had fallen in love with, so she recreated something similar. Oh, did I mention that Jen lives in the Philippines??! That was an interesting order, but the invites turned out awesome!! With the help of P&H's Aunt Lala, the invites were custom designed just for them. (I told you these kids are super super loved!)
I'm not sure you can tell from the photo, but the invites arrive in the "crate" and slide out thru the top and bottom with the event details. On the back was an adorable pic of the boys in a box and a map to the party :) 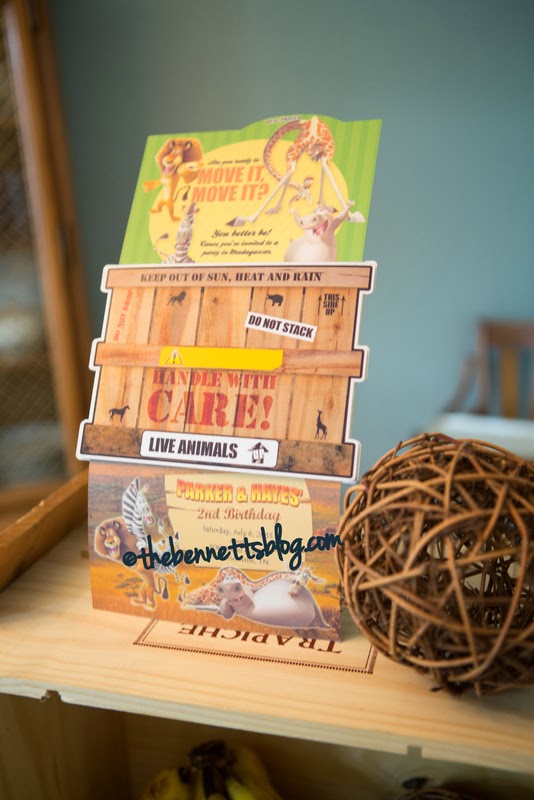 Once the theme and invites were picked out it was on to cake design and food. We decided to go easy-peasy and grill out mini hamburgers and hot dogs (both favorites of our guys). Since I'm a baker, the cake was on me. I wanted it to be something that, again, they would look at and recognize the characters on it. They will never know what a group effort that cake became... Uncle Oz and Uncle Josh colored fondant, Aunt Lala and Aunt Ally painted wood grain and helped with each Madagascar character, Poppa and Dad helped with the structure. The look on their face when they saw the cake was priceless and that's why we do all we do. 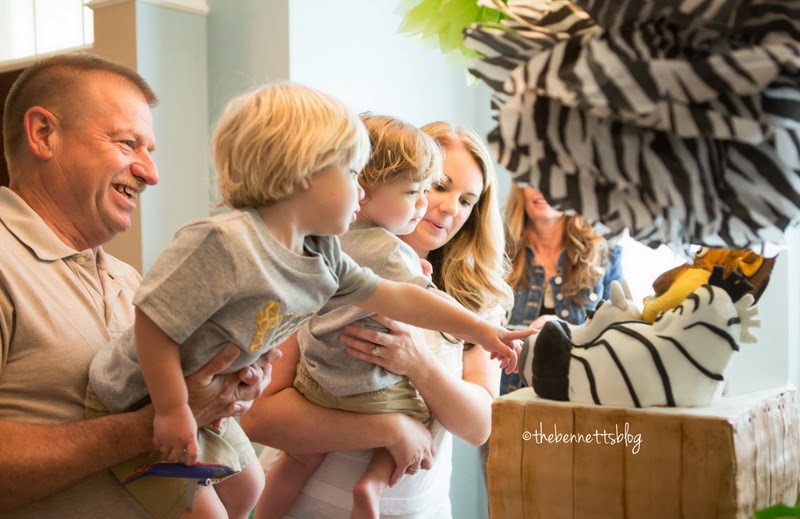 P with PawPaw and H with Momma
(Beama hiding in background) 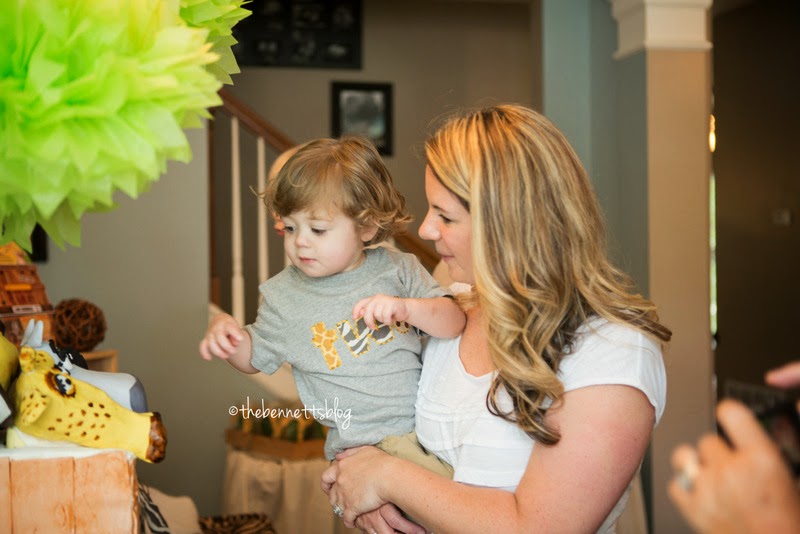 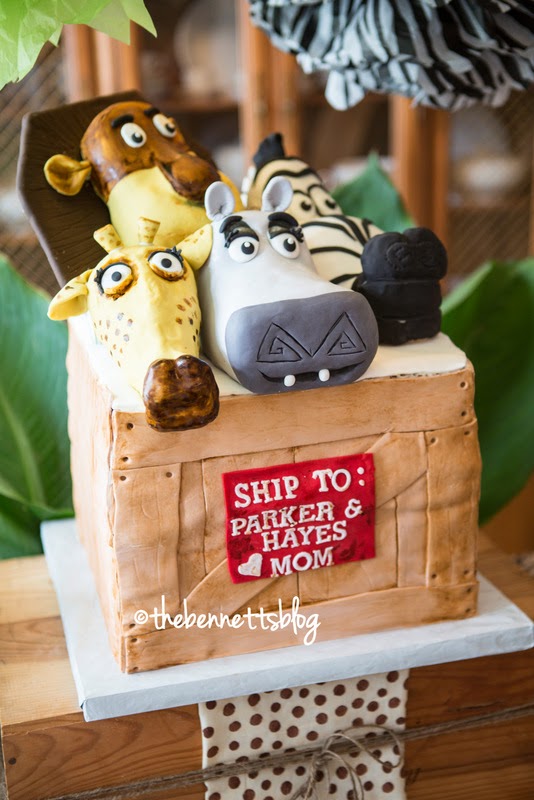 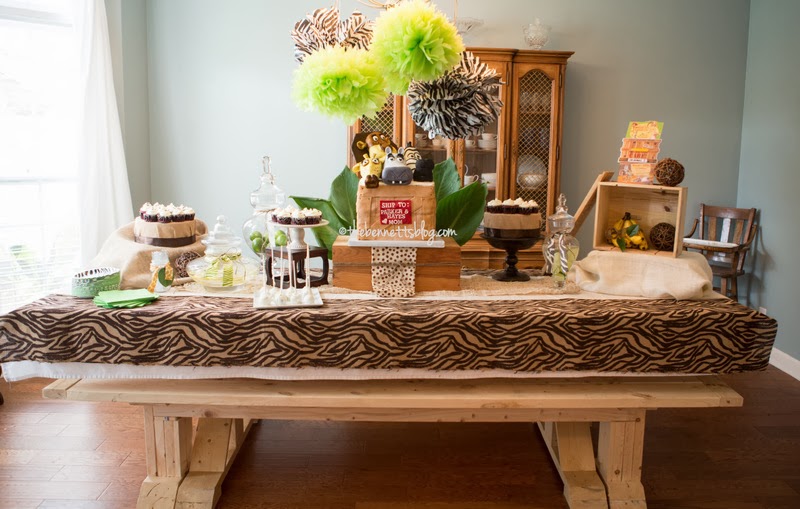 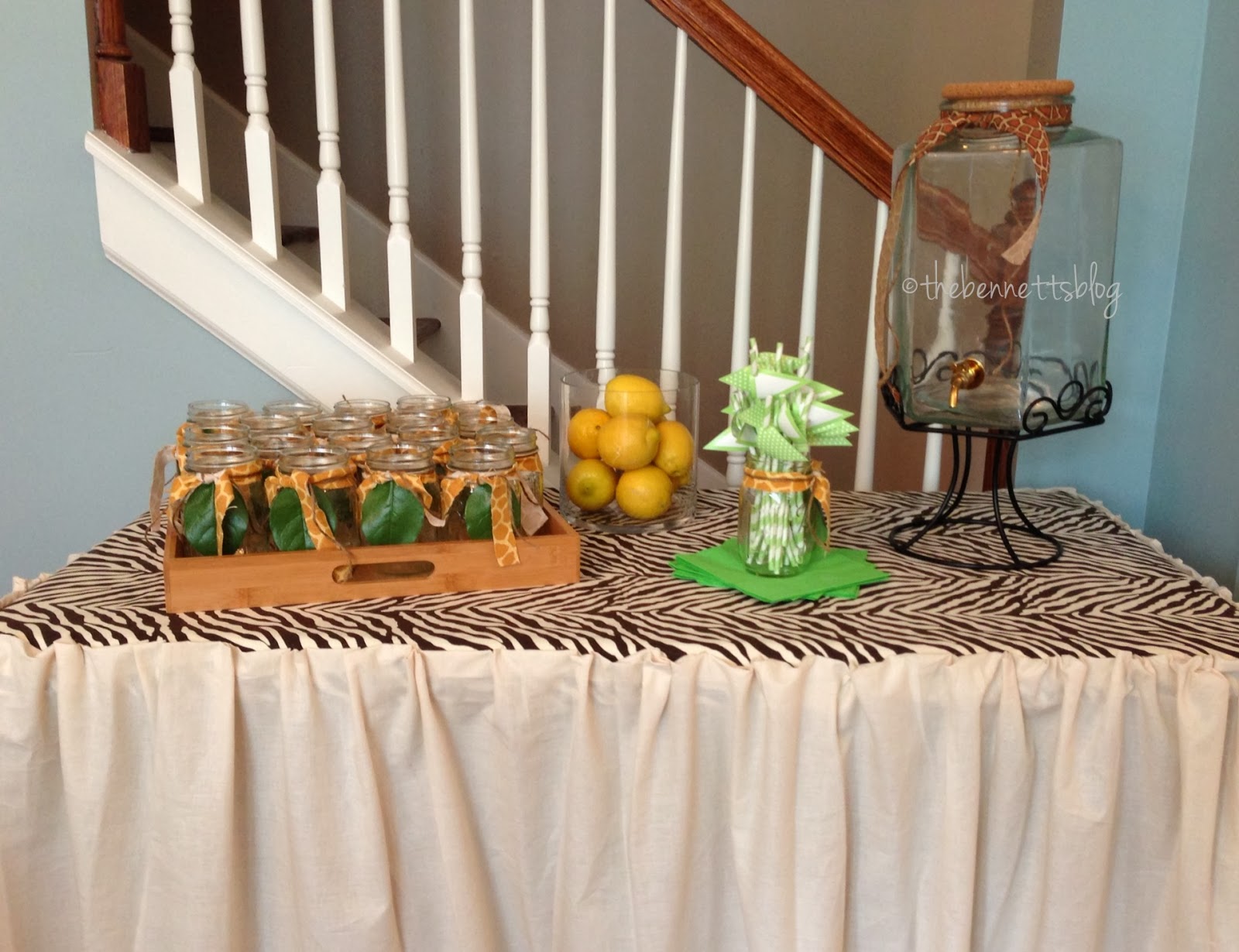 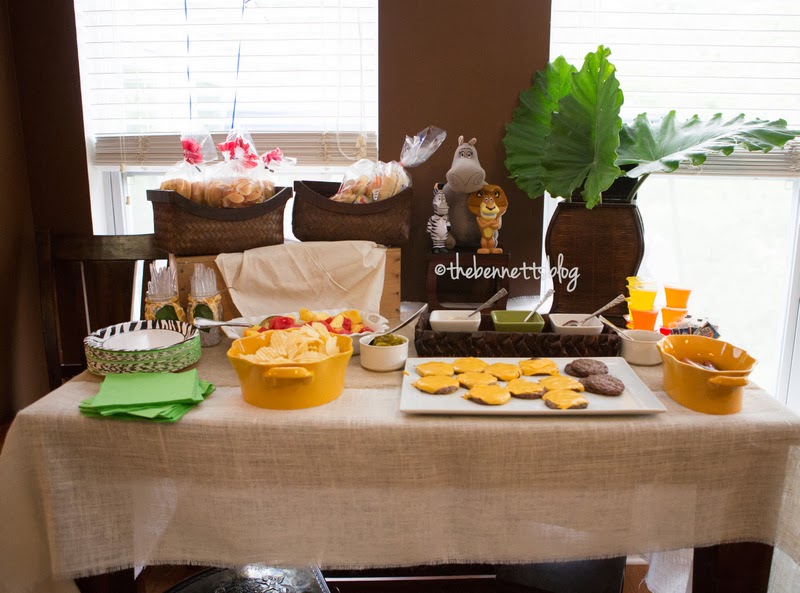 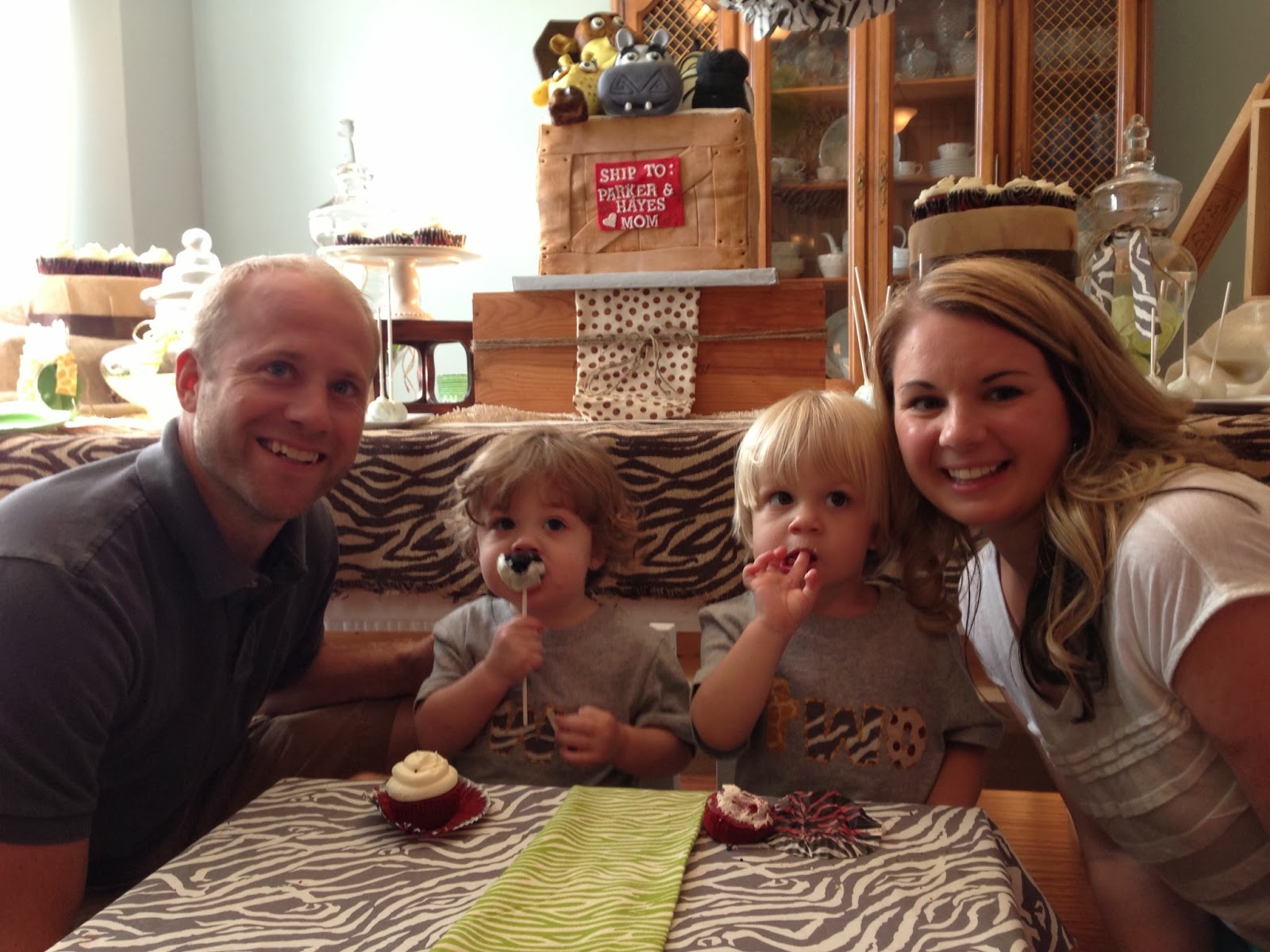 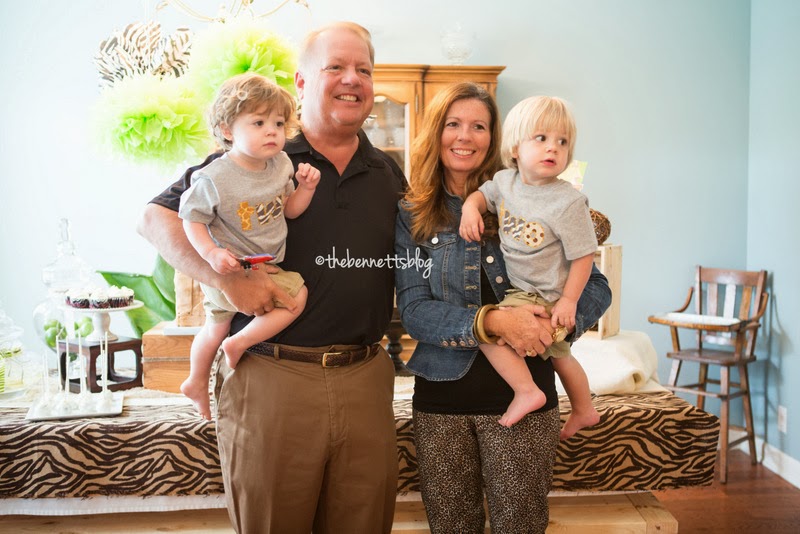 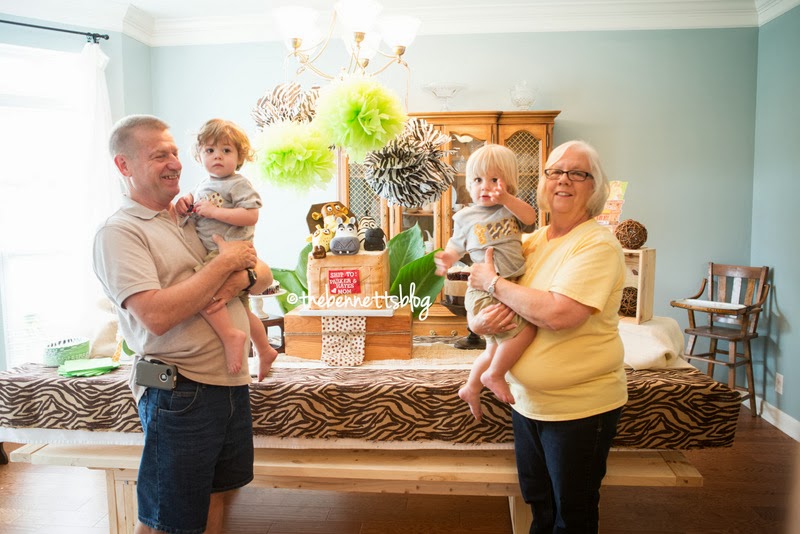 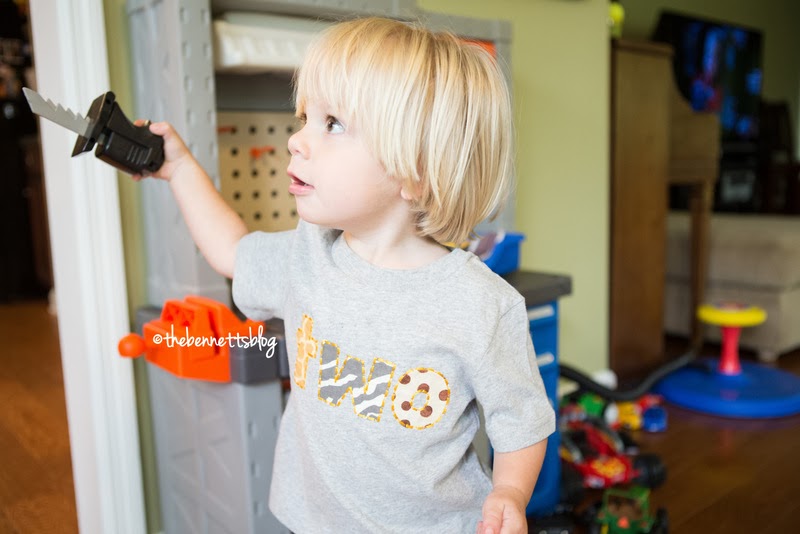 P playing with their workbench and tools from Great-aunt Denise 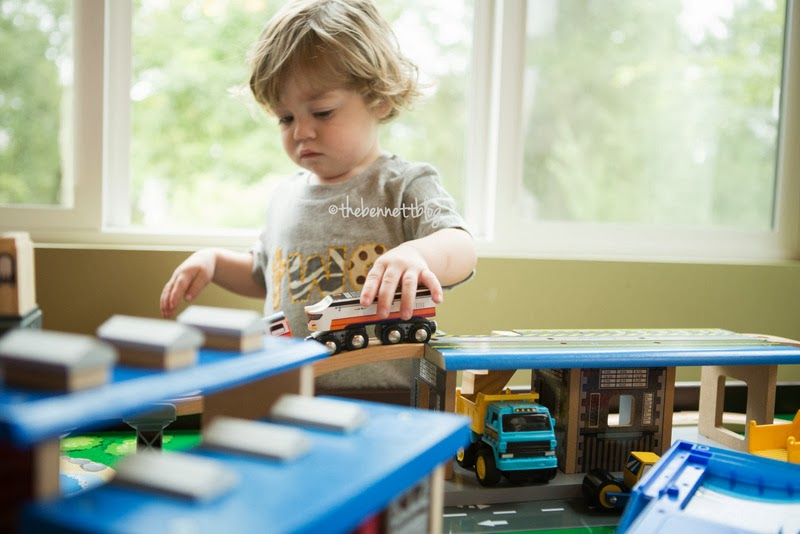 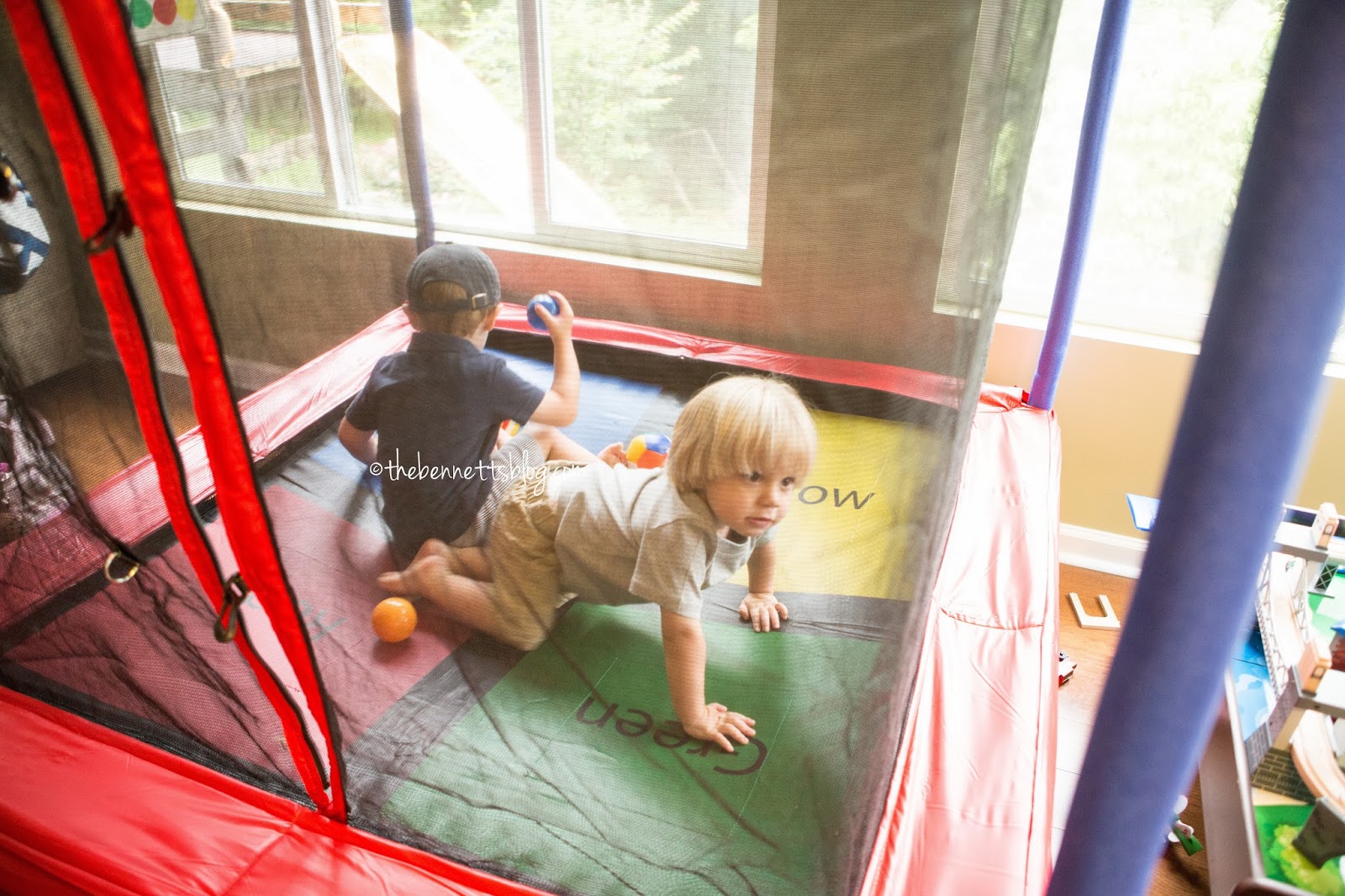 Playing in the trampoline from MawMaw and PawPaw 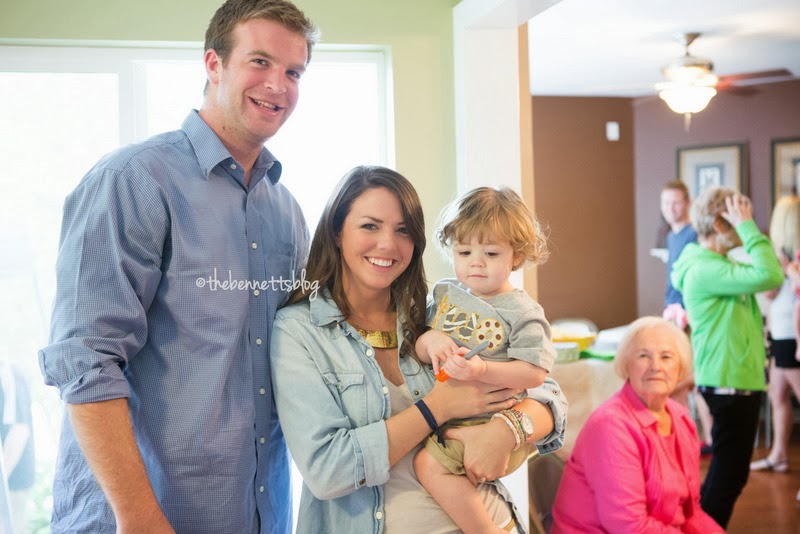 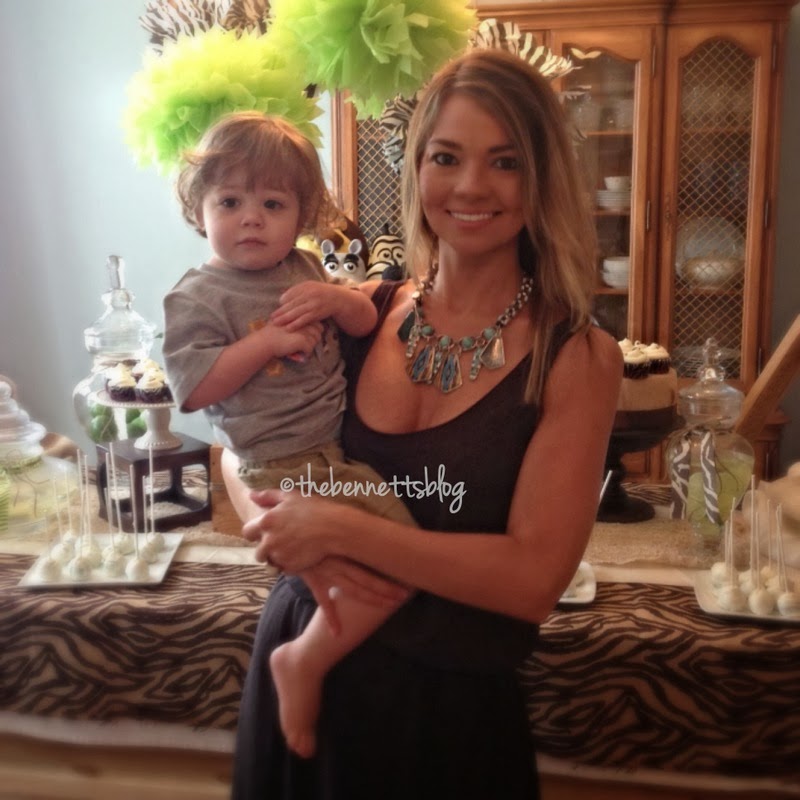 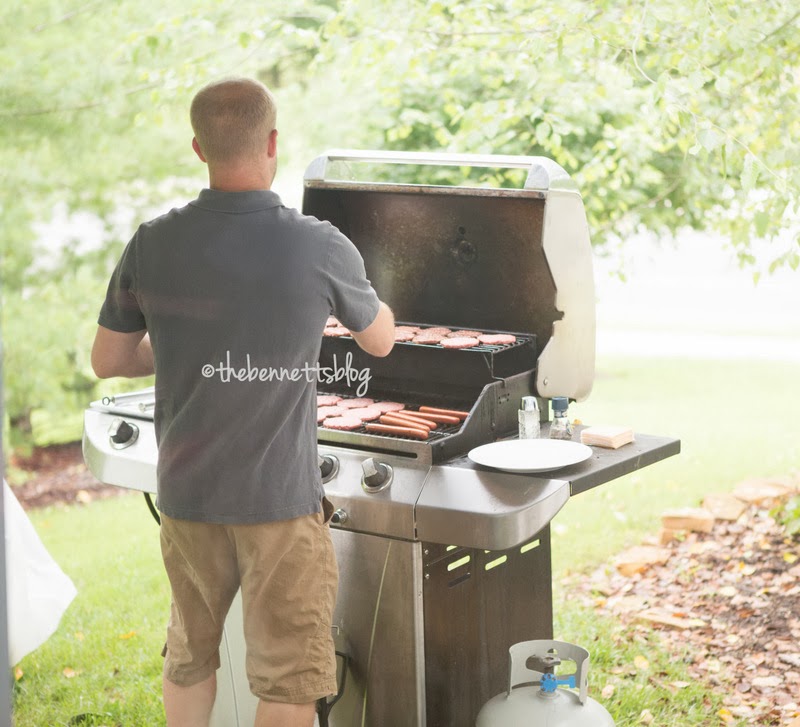 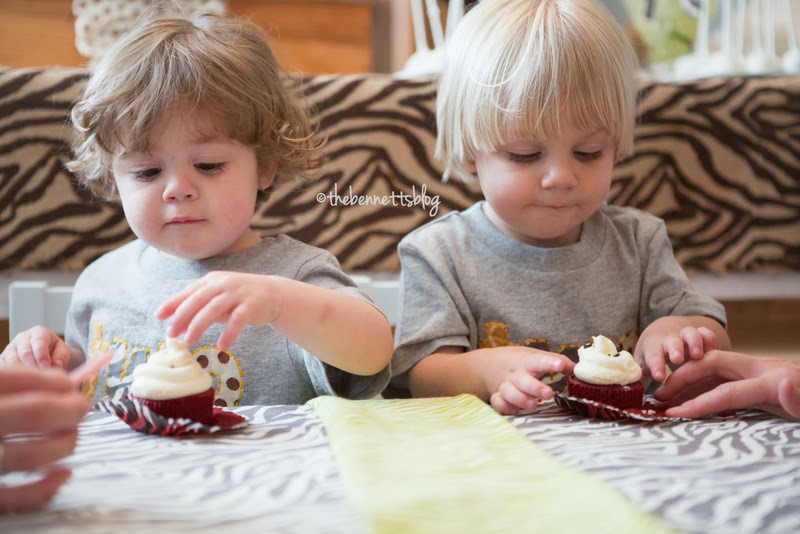 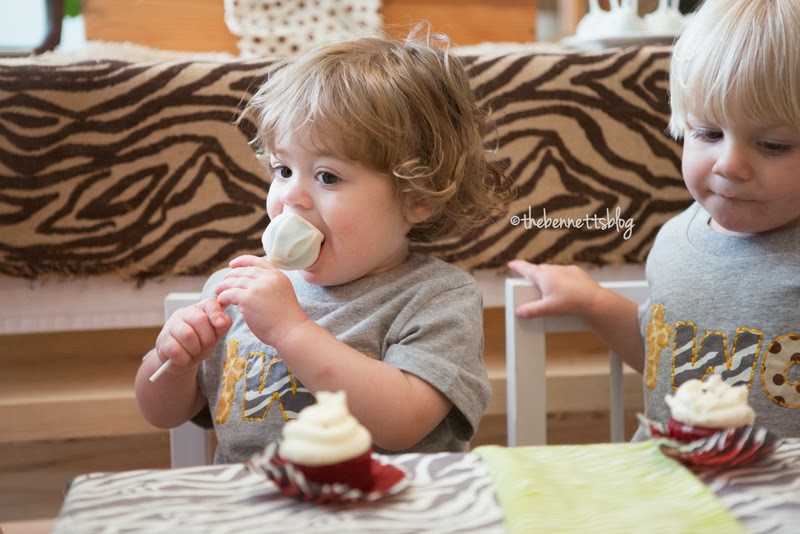 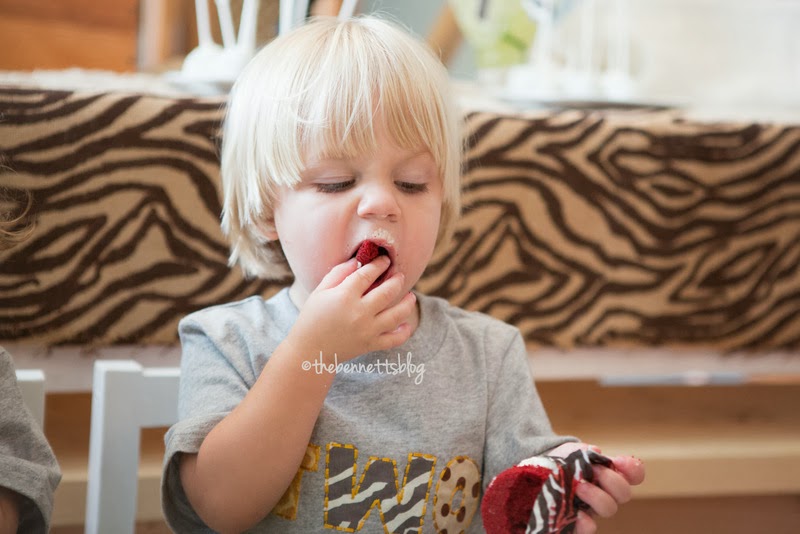 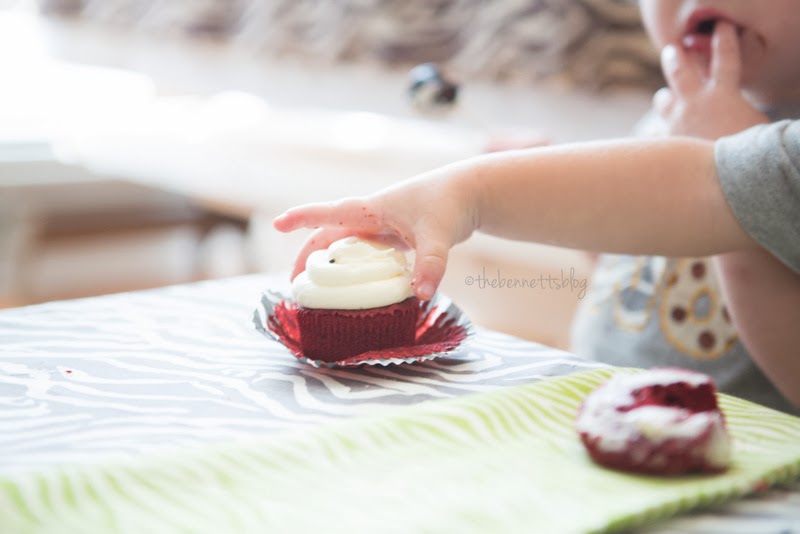 Parks finished his and went for brothers cupcake 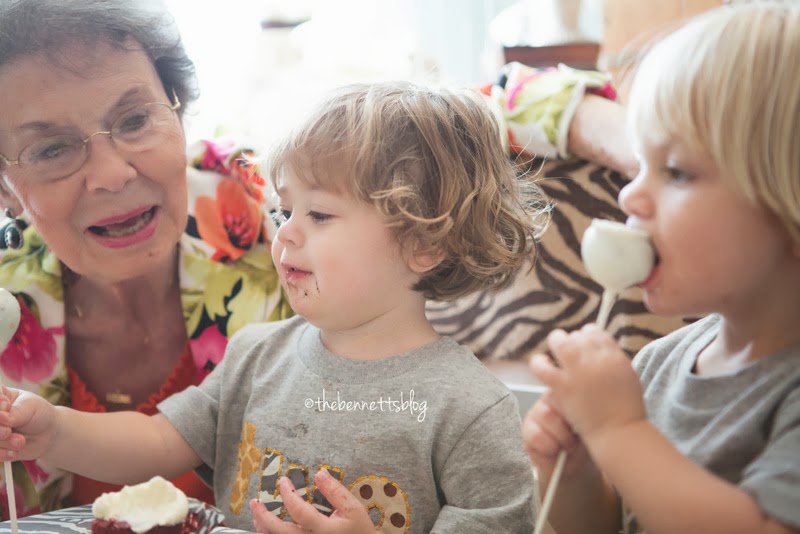 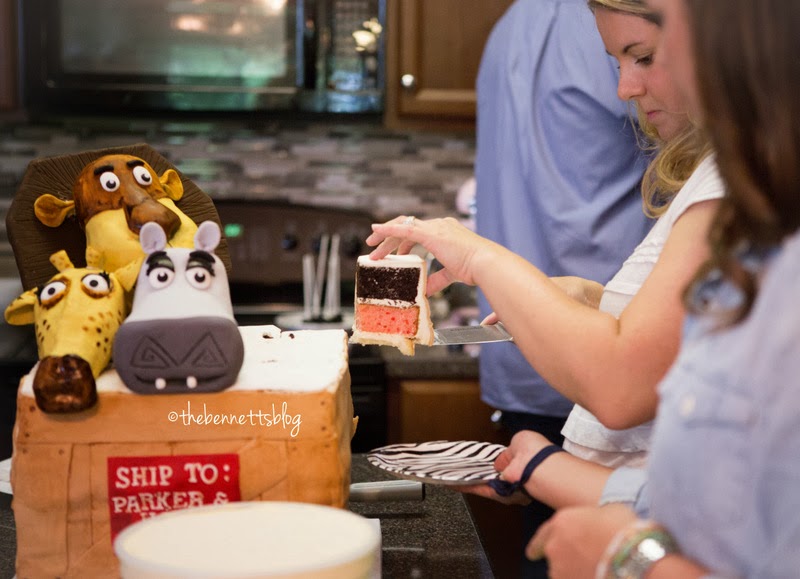 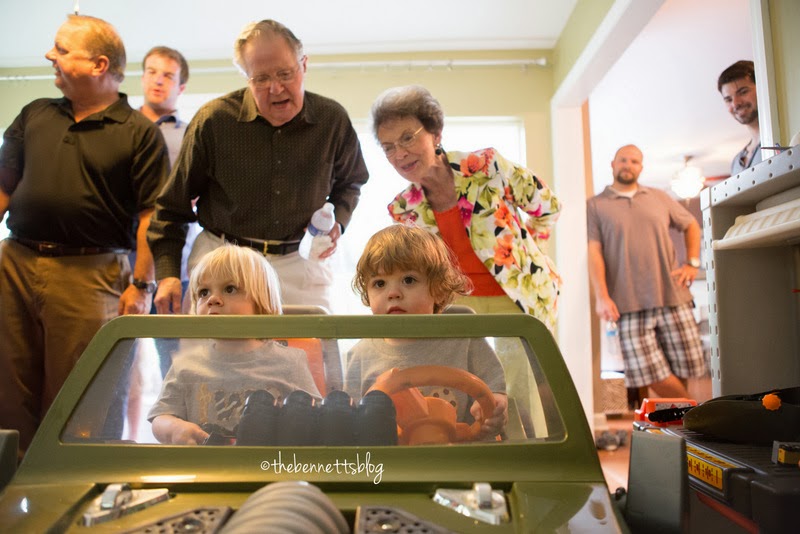 Boys in their new ride from "Bebe" and "Bop"
It had been raining most of the day and was unseasonably cool. However, the rain stopped just long enough to let the boys and their friends try out their new jeep. 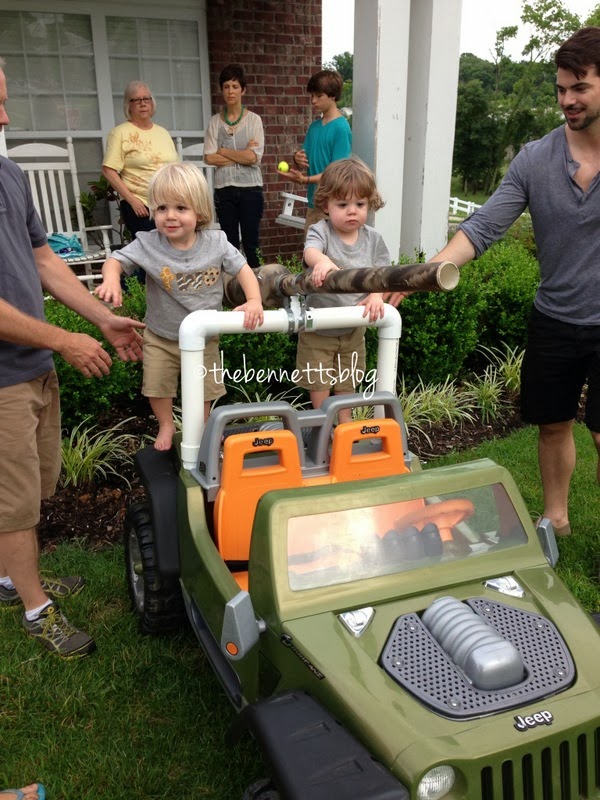 They are the cutest. Ever.

Happy SECOND Birthday, Parker & Hayes!! Mommy and Daddy love you to the moon and back!